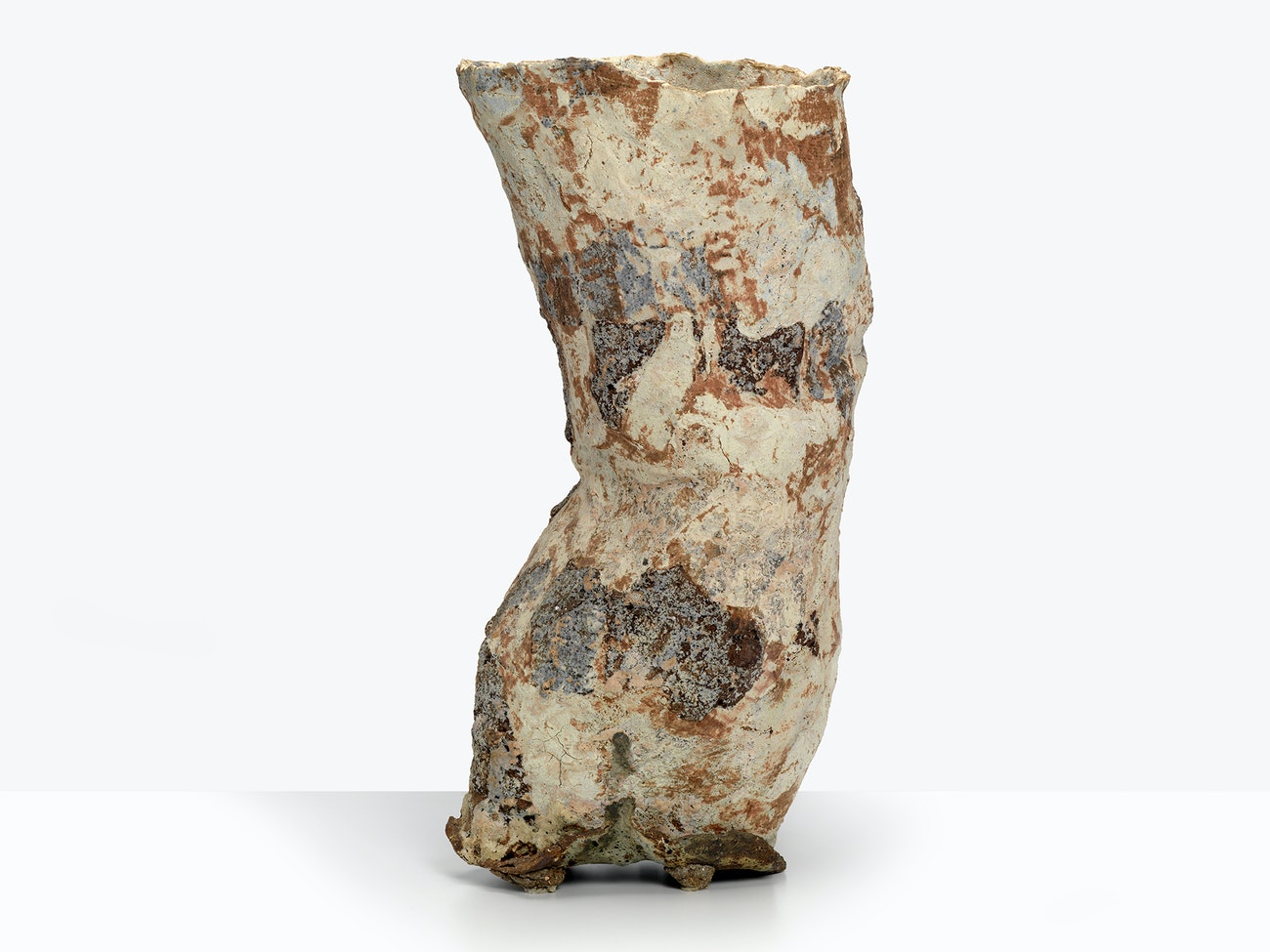 Born in Staffordshire in 1934, Henderson first encountered clay at age 30, and then went on to study under Lucie Rie and Hans Coper at Camberwell School of Art in London.  He combined a passion for painting with the freedom of hand-building clay, resulting in works that he considered as drawings in three dimensions.  Ancient cultures, geological forms and landscapes were among the greatest influences on his art, which is viewable in many notable collections such as The Metropolitan Museum of Art in New York, the Kyoto Museum of Modern Art and the Victoria and Albert Museum in London.  Henderson’s ceramics were also featured within a major exhibition in 2019 by fashion house, Loewe in Miami.

“My present work is obsessed with edges, points of change, endings.  It explores the significance of what is broken, torn or cut…every beginning has an infinite number of endings, and more excitingly, every ending has a number of new beginnings.”